Course materials will be provided

Zane Malik is a barrister specialising in public law and human rights, with an emphasis on immigration, asylum and nationality law. He is one of the Attorney General’s Counsel to the Crown. He has particular expertise in Judicial Reviews and Appellate work. He appears regularly in the High Court, the Court of Appeal and the Supreme Court. He has dealt with numerous landmark cases in his specialist areas. Over 200 of his cases have been reported so far and are frequently cited in the proceedings before courts and tribunals. This includes around 100 reported cases at the Supreme Court and the Court of Appeal level. Senior President of the Tribunals’ Annual Report cited 7 of his recently reported cases on practice and procedure at the Immigration and Asylum Chamber of the Upper Tribunal. He often leads other barristers and legal teams in complex cases before higher courts.

Richard McKee
Barrister and retired judge of the Upper Tribunal 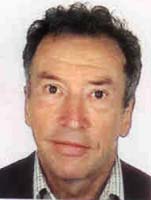 Richard McKee studied Classics at Cambridge and Linguistics at SOAS, thereafter becoming a college lecturer. He only escaped this dismal fate by becoming a barrister rather late in life, and has specialised in Immigration Law since 1993, when it was just starting to take off from being a minor niche field. He started hearing immigration appeals as an adjudicator in 2000, and eventually became a judge of the Upper Tribunal, retiring in 2014. He still writes extensively on Immigration and provides consultancy services. 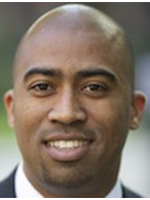 Darryl Balroop has a busy common law practice and is instructed principally in the fields of crime and immigration. He also receives instructions across the range of Chamber’s common-law practice areas including contract, public law/ judicial review and housing.
Darryl maintains a busy immigration practice he provides advice and representation in all areas of immigration, asylum and human rights law, including European Community free movement law. Darryl regularly appears in the Court of Appeal, High Court, First-tier and Upper Tribunals of the Asylum and Immigration Chamber.

+ Google Calendar / + iCal Export
We use cookies to ensure that we give you the best experience on our website. If you continue to use this site we will assume that you are happy with it. Please visit Terms & Conditions to learn more.OkNoRead more
Revoke Cookies