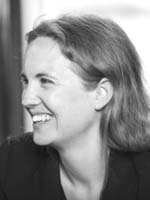 Sarah Pinder Sarah practices predominantly in the fields of family and immigration law.
Prior to joining the Bar, Sarah practised in immigration and asylum law as a senior caseworker in a not-for- profit organisation in South London. This has
given her the advantage of experience in preparing cases before they reach appeal stage, which she has pooled with her wealth of experience in court
hearings as a barrister.
Sarah is committed to publicly funded work and ensuring access to justice for those most vulnerable. She is naturally friendly and approachable as
well as meticulous and creative in her approach to cases.
Sarah is listed in the Legal 500 2015, as a leading junior barrister (Band 4) and as having an “excellent grasp of the issues”. She was also listed in the 2014 edition in the same band as a “real rising star”.
In suitable cases, Sarah will undertake direct access work, directly for members of the public.
Sarah is a highly effective and sensitive advocate and is passionate for the field of immigration law and all that it encompasses. Sarah has considerable experience in all aspects of immigration, asylum and human rights law in the immigration tribunals, the High Court and the Court of Appeal.
Sarah has also been instructed by family solicitors to provide expert and independent immigration opinions for parties, who have immigration issues and might be involved in care or other proceedings within the family courts.
Sarah is also very experienced at delivering training in immigration law, both through training companies and in-house seminars for firms of solicitors and second-tier organisations. Sarah welcomes these opportunities as a way of updating herself on the law and current practice and liaising with fellow practitioners in a more informal and dynamic environment. 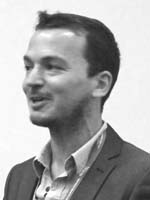 John is an International Student Adviser at the University of East
London where he has specialised in Student Tier 4 visas and related immigration matters since November 2007. John has 10 years of
experience working with International student visa applications, first under the previous pre-Points Based System (PBS) rules and thereafter with the
introduction of Tier 4.
John has regularly provided seminars at the United Kingdom Council for International Student Affairs (UKCISA) annual conferences since 2009 and
specialised in resolving complicated Tier 4 problems and refusals.Throughout 2016 and 2017 John has provided specialist training and
support to immigration advisers in the Higher Education sector, through the UKCISA training programme, on challenging Tier 4 refusals based on the “Genuine” student grounds.

Richard Mckee
– Barrister and retired judge of the Upper Tribunal 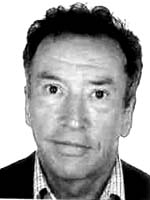 Richard studied Classics at Cambridge and Linguistics at SOAS, thereafter becoming a college lecturer.
He only escaped this dismal fate by becoming a barrister rather late in life, and has specialised in Immigration Law since 1993, when it was just starting to take off from being a minor niche field. He started hearing immigration appeals as an adjudicator in 2000, and eventually became a judge of the Upper Tribunal, retiring in 2014.
He still writes extensively on Immigration and provides consultancy services.