FAMILY LAW CONFERENCE 2018 In association with 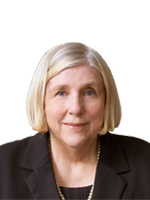 Constance has a background in civil law law specialising in landlord and tenant and housing. In this capacity, she is the co-author of The Landlord and Tenant Act 1987: A Guide and Steps to Possession: A Guide. Constance served for many years as the commercial property editor of the Journal of Business Law, Sweet and Maxwell, and has written numerous articles and case reviews.

Constance has specialised in family law for over 15 years but finds her multi-disciplinary background of great assistance in considering the issues arising in all aspects family breakdown. Constance is known for her expertise in complex care cases where there are significant issues of child protection. She is an experienced advocate in child abduction, relocation cases, both internal and international and regularly advises in cases with an international element including the validity of marriages and divorces contracted abroad, international placements and issues involving enforcement of foreign orders.

Constance regularly advises in cases relating to finance on family breakdown. She is a trained mediator and offers Early Neutral Evaluation to both parties early on in a dispute with a view to focused advice on outcomes.

Constance is known for her client care, her analytical ability, her skills as an advocate and her commitment to ensuring that each client has the advice and support needed to make informed choices about how his or her case is conducted.

Richard Clough
– Head of the Family Team at 33 Bedford Row 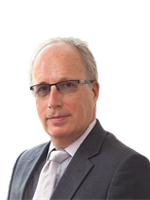 Richard is Head of the 33 Bedford Row Family Practice Group. He has over 30 years’ experience acting in complex cases, many demanding particular sensitivity. He is known for his calm, persuasive advocacy on behalf of all clients, whether parents, adopters, grandparents, children’s guardians, local authorities or government departments. He has a thorough knowledge of the Wardship jurisdiction of the High Court.

Richard has appeared in some of the most complex cases in the family justice system including allegations of factitious illness, non-accidental injury (NAI) infant death, shaking incidents, skull and other fractures, sexual abuse, including multi-generational abuse, and all forms of neglect. He is known for his ability to absorb and analyse complex factual, medical and psychiatric evidence.

Richard has extensive experience of cases with a foreign element including foreign marriage and divorce and EU enforcement issues. He has appeared in many cases involving internal relocation and applications to remove from the jurisdiction. He is experienced in all aspects of child abduction, including Hague and non-Hague. He advises local authorities on jurisdictional issues, foreign placements and international mirror orders.

Richard accepts instructions in the Court of Protection, including issues relating to deprivation of liberty, applications for serious medical treatment, applications relating to vulnerable adults and the appointment of deputies (welfare and financial affairs).

Richard was appointed a Deputy District Judge in 1994 and received a specialist “ticket” in private family law authorising him to sit as a Deputy District Judge in 2010. His family cases benefit from his wide-ranging experience of the law including property, housing and insolvency issues that are frequently found in the disputes that arise in the family courts. His experience in courts at all levels representing the full range of clients, both public and private, ensures that his advice is based on sound experience and is solution-oriented. 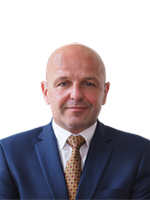 Roman is a bilingual barrister with a deep knowledge of both the English and Polish legal systems. His practice covers various areas of civil litigation, which include matters involving trusts, probate, copyright and land issues. His expertise extends to Polish-related civil litigation, including probate and general procedural advice on comparative law issues including residence, domicile and jurisdiction.

During his more than 25 years of professional practice, Roman spent nine years in Poland working on many privatisation and restructuring projects. He translated and annotated the Polish commercial code into English, which gave him a valuable insight into the workings and structure of the Polish legal and business environment. He has represented private individuals (Polish and English) and large commercial entities both in Poland and the UK.

Earlier in his career, Roman was engaged by KPMG in Poland to assist in the restructuring and profiling of its legal practice (KLegal) in Poland. He also served as legal counsel to Tomasz Wardynski & Partners servicing foreign clients investing in Poland. In 2015 Roman was instructed to obtain charitable trust status for a Polish educational trust that had failed because of the Equality Act 2010. 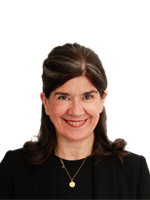 Deborah offers expertise in all areas of family law specialising in complex and serious cases involving non-accidental injury, sexual abuse, fabricated illness, domestic violence, chronic neglect, fact findings, care cases, including those with an international element and those with vulnerable parties. Deborah is regularly instructed by parents, local authorities and by children’s guardians.

Deborah is known for her skills as an advocate, her ability to add insight, empathy, strategy and tenacity to any case whether acting for lay or professional clients. Deborah understands the importance of case management skills and the vital role played by working together for the benefit of the client.

Deborah is committed to training and skill sharing. She regularly provides keynote lectures for the 33 Bedford Row Autumn Lecture series and has participated in training social workers and other professionals. She is an expert on the impact of cultural and and religious issues in cases involving children and has spoken on parental choice in the context of orthodox families where there has been family breakdown. She is experienced in working with transgender issues and has been an invited speaker to the Rainbow Group on Civil Partnership.

Deborah serves as one of two Equality and Diversity Officers at 33 Bedford Row. 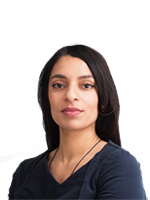 Seema has developed a wide-ranging multi-disciplinary practice which has at its core her commitment to human rights. She is a seasoned advocate with a focus on all aspects of public family law and private family/finance, immigration, judicial review, and public and administrative law, including care proceedings. She appears in courts and tribunals at all levels including the Court of Appeal. She advises and represents clients not only in the UK but also clients who are abroad but who consult her through the arrangements for direct (public access).

She regularly challenges the decisions of the Secretary of State at all levels, including appeals. Her client’s include private individuals, colleges, sponsors, businesses and Office of the Immigration Services Commissioner (OISC) organisations who instruct her either on an individual or consultancy basis. She is able to draft the necessary documentation and to pursue any applicable level of appeal.

Seema has a solid reputation as a tenacious advocate who leaves no stone unturned in working towards achieving the best result for each client. She is known for her eye in spotting the telling point of law and regularly provides updating seminars and training as part of her commitment to her specialist areas of expertise.

As a result of her strong multi-disciplinary practice she is able to provide a complete advice to her clients that is cost-effective and solution-oriented. Once instructed, she is often retained by her clients who are always impressed by not just her commitment but also her success rate.

In the years preceding full time practice at the Bar, Seema worked for various charities and NGOs, including the Centre for Social Research based in Delhi, which is solely aimed at female empowerment and tackles a range of human rights abuses within India. She trained the trainers of the police personnel based in Delhi on issues surrounding domestic violence and helped them to recognise the importance of issues relating to enforcement of the Protection Against Domestic Violence Bill, which made domestic violence a crime in 2002. 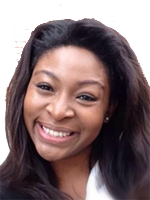 Onyoja specialises in family law and is developing a practice in international child abduction cases. She appears in proceedings concerning cross-border disputes and has represented parents in the UK and abroad in Hague Convention cases, Brussels II Revised and internal abductions.

Onyoja has regularly given talks at seminars and in conferences on the 1980 Hague Convention with particular focus on the Article 13 (1)b) defence and the best interests of the child. She has been selected to speak at the 2017 Journal of Private International Law Conference, Rio de Janeiro, Brazil, with publication of her paper in the journal to follow.

In academia, Onyoja has also delivered tutorials to undergraduates at the School of Law, University of Aberdeen.

Onyoja is ranked as a Leading Junior for Children Law in the 2017 edition of The Legal 500 who say “Very dogged and knowledgeable, yet very down to earth”. 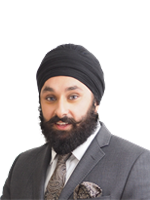 Baldip is a versatile and experienced practitioner. He specialises in international human rights law, European Union free movement law and immigration and asylum law. He is also a specialist in all areas of Family Law, both public and private law.

Baldip worked at leading immigration and family law firms throughout the course of his legal studies and has since continued to work in these fields for the past 10 years. He represents clients at all levels of Court and was instructed on the advocates panel in the Court of Justice of the European Union. He has acted as an immigration and family law advisor to five Middle Eastern embassies. He is a human rights activist, and a committed advocate. He specialises in drafting grounds of appeal and to challenge decisions of the Secretary of State by way of Judicial Review.

Baldip enjoys the fast pace that immigration and public law work has to offer and has successfully represented clients with respect to emergency injunctive relief to stop removal via High Court applications. He has developed a specialty niche in making urgent applications out of hours when essential to prevent injustice.

Baldip has worked, volunteered and acted as a trainer for various organisations and provides training and seminars to solicitors, law centres and community groups. He has been an invited lecturer and given talks at prestigious universities in India and visited several Bar Associations in that country on such topics as ‘The Importance of an Independent Judiciary’ and ‘Collecting Best Evidence’. 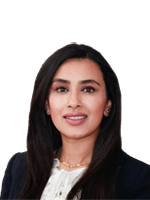 Misbah has built a strong, multidisciplinary practice and regularly appears in Crown, Magistrates and Youth Courts. She has a recognised profile of success in immigration and family cases. She is known for her attention to detail, cross-examination skills and her ability to advise effectively in the cases she undertakes.

Misbah benefits from wide experience prior to coming to the Bar, which includes working in busy solicitors’ practices where she had a key role in the preparation of cases, including many noted for their complexity and seriousness (including terroist offences and complex frauds). She had particular responsibility for setting up a unit specialising in contractual disputes, consumer credit and debt collection.

Misbah is noted for her background in community work. She helped to form and then served as a director of the Woking Asian Business Forum, which has an established track record of providing a wide range of accessible legal advice and networking opportunities for businesses in the Woking area. She helped to form and then worked in a GP Practice’s Patients Rights Group to promote patients’ rights and concerns with local councilors and MPs.